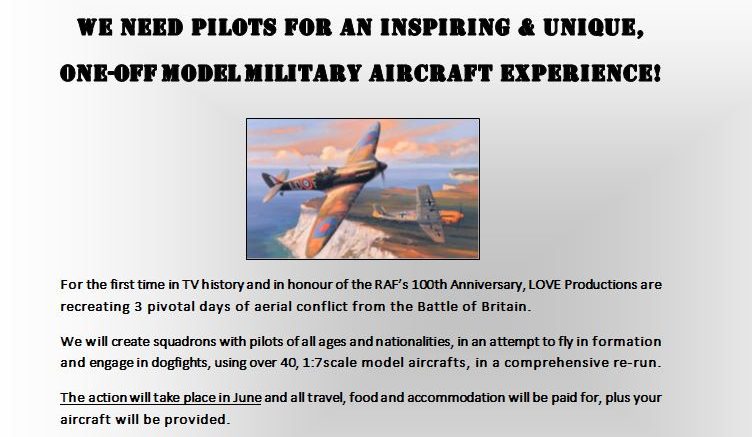 Recently the BMFA has been assisting a large film production company on a mystery project. We’re now in a position to announce the following, very exciting opportunity…

The Battle of Britain – on September 15th 1940, more than a thousand planes, took to the skies in the most intense aerial battle ever seen as Britain stood its ground, during the climax of Germany’s aerial offensive, a dramatic attempt to destroy key targets and knock the RAF out of the sky.

In honour of the RAF’s 100th Anniversary, LOVE Productions is planning to recreate the action during three pivotal days of the conflict, for the first time in TV history! With the help of an international team of model aircraft pilots and over 40 1:7 scale model aircraft for a prime-time television series.

We are reaching out to members of the BMFA to offer an inspiring and unique, one-off model military aircraft experience, which promises to immerse participants into the world of air battle!