Mick had for some time wanted to acquire a MOKI 250 5 cylinder radial engine. If you’ve ever heard one (possibly at The Nats or an LMA show) you’ll know what an amazing sound they reproduce. In 2012 Mick purchased a half built Sukhoi aerobatic large scale model which included a MOKI 250. Mick’s scale model interests are in WWI and WWII aircraft so a search was on to find a more “interesting” aircraft which would be suited to the large Moki radial. Hence the FW190 project was born.

The F.W. 190 is a fully moulded airframe supplied by Airworld Modelbau, a German manufacturer . Wingspan is 9 foot and finished weight around 40 to 50 pounds.

It is powered by the MOKI 250 c.c. 5 cylender radial engine delivering 14 h.p. through a 32 inch dia. prop. Yes that’s correct a 32″ prop!As you will appreciate the model is correspondingly large and the photos below will give you some idea of the scale. For such a large model the Large Model Association require inspections to be carried out at various stages of construction to ensure compliance with CAA regulations. Test flights have also to be monitored by an independent inspector before a certifcate for flying at public displays can be awarded.

As you will also see from the photos the attention to detail in the mouldings is first class with all panel and rivets clearly reproduced to scale. Control surfaces on the full size aircraft were fabric covered and this is faithfully reproduced in the model. 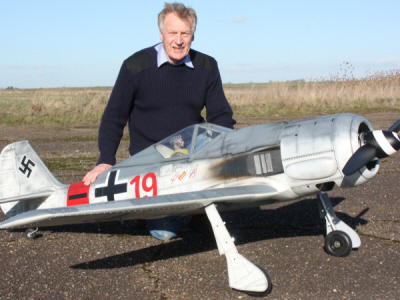 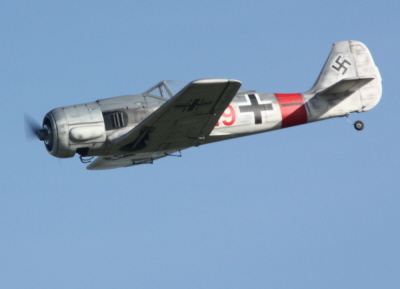 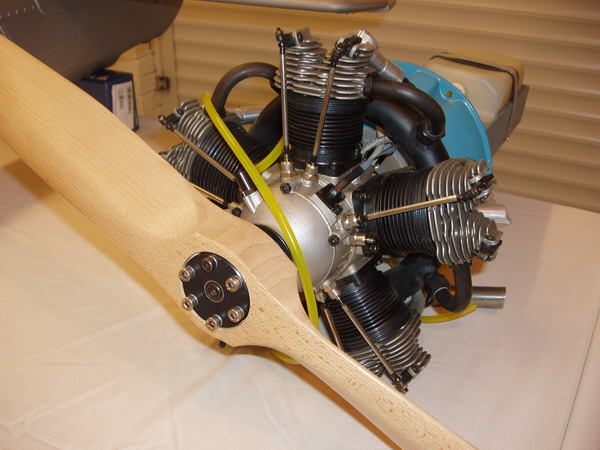 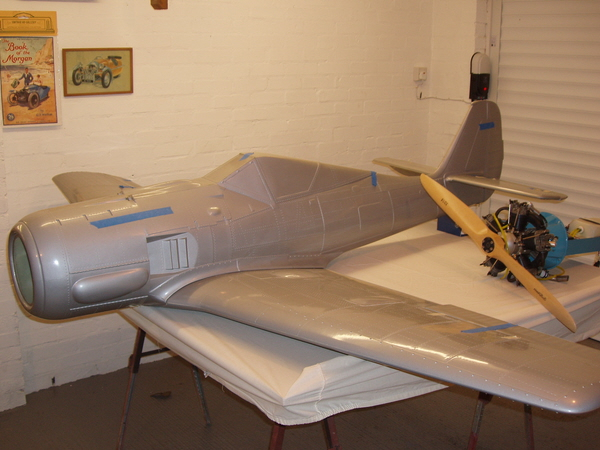 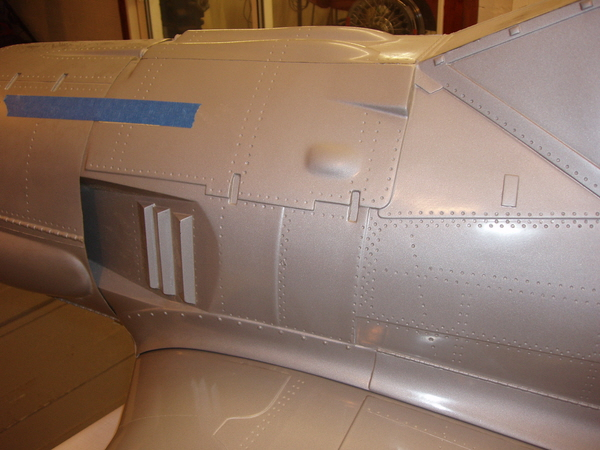