The Lancaster building started at MDMC in January 1995 from an idea by one of the members, Simon Askew – a 1/4 scale 25ft wingspan, model Lancaster.

First flown in August 1995 and needing two pilots for full radio control of the aircraft from the ground. Two modified chain saw engines of 100cc each and two go-cart engines of 125cc providing the power. Total weight being around 350lbs.

Some teething problems occurred when first flown, but after a few hard landings and the occasional sharp intake of breath, all issues were eventually solved.

The model was awarded an entry into the Guinness Book of Records.

During its life, the model has given flying demonstrations all over the country at all kinds of events, of which a large number involved raising money for worthy causes and charities. No fees normally accepted for its appearances, only contributions towards the expenses involved.

No longer flying, it was retired and on display at RAF Metheringham Visitors Centre, Lincolnshire, which was the former home during WW2 to 106 Squadron (Lancasters) 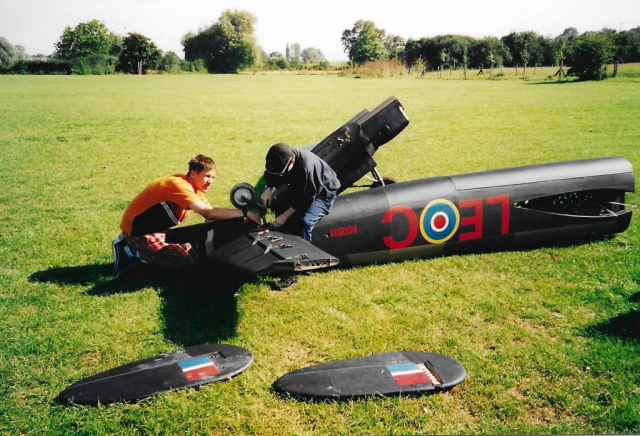 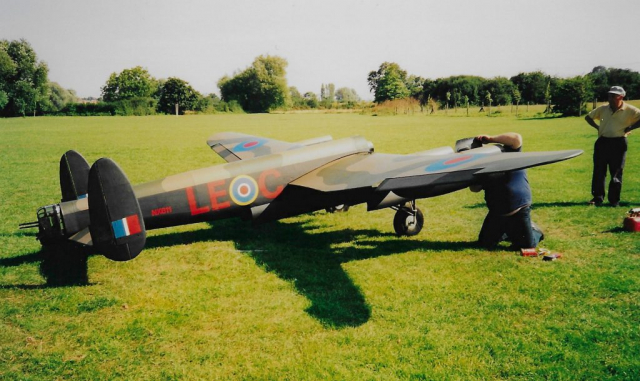 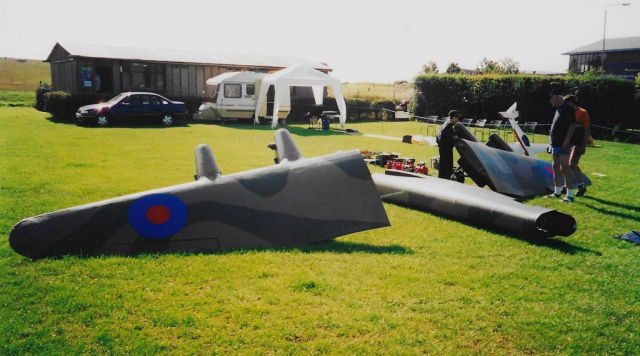 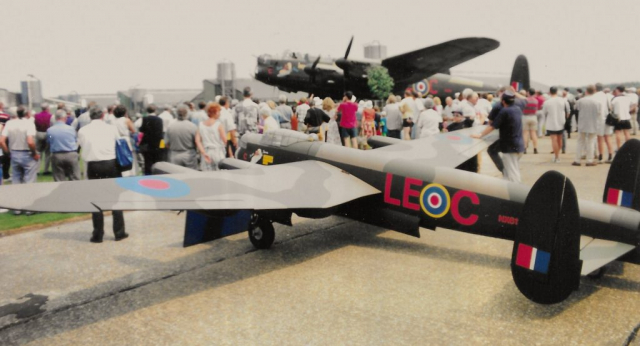 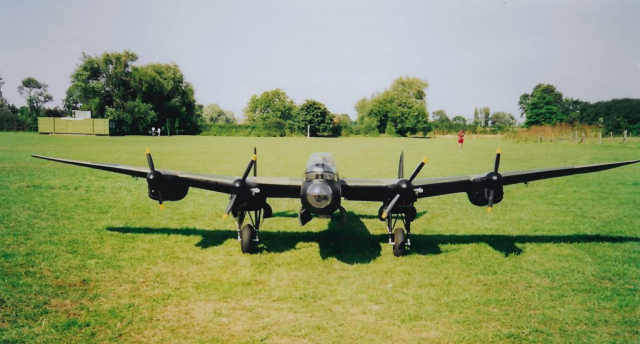 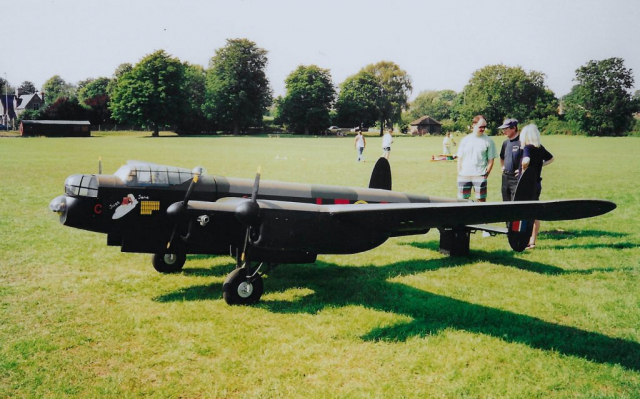 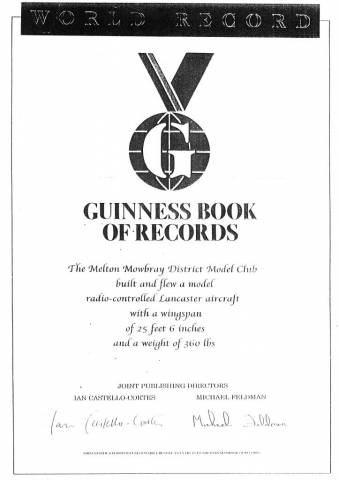