The FR3 is a vintage model dating back to 1953 . It was originally built by Fred Rising, who you can see in the photos below, and subsequently bequeathed to club member Arthur Askew. The model has a wingspan of 8’6″ – in those days models had to have large wingspans in order to lift the assocoiated heavy engines and radio gear. It was powered by a McCoy 49 petrol engine and fitted with a 6ch Reed radio control system.

Much of the radio gear and particularly the servos, were designed by Fred. The servos had a ingenious self centering mechanism which enabled control surfaces to return to a neutral position afte having been “pulsed” to the left/right (or up/down) position by the reeds. The servos also had a slipping clutch arrangement to prevent stalling the servo motor when applying excessive trim.
Fred entered the FR3 into a Concors D’Elegance competition in Belgium but unfortunately we don’t know if he was successful.

It was generally flown from a flying site at North Luffenham where Fred’s Canadian Air Force colleague (on the left in the photo below) was stationed. As you can see Arthur has restored Fred’s model to flying condition albeit with a modern 3ch radio. It has been recovered in tissue and Dope (as per the original) but given a new paint scheme. Credit goes to Simon Askew for undertaking the re-covering and painting. The cowl has been fashioned from aluminium and the 14×7 prop handmade. The wheels are not the original but as per the original design have been made from rubber toys.

The model weighs 8.5 lbs and has a wing area of 11 sq ft. Arthur commented that the FR3 “flies extremly well after some adjustments to the C of G”. 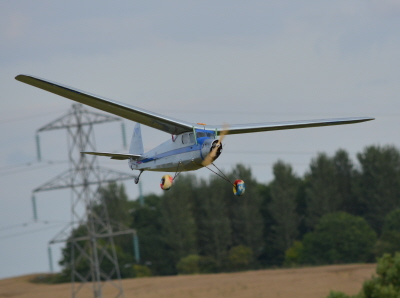 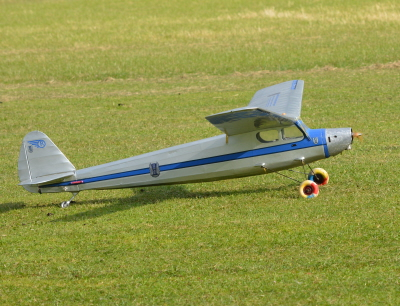 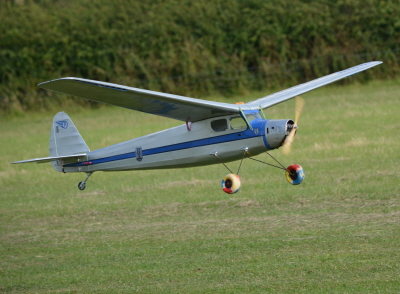 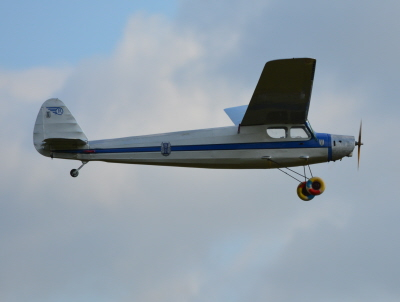 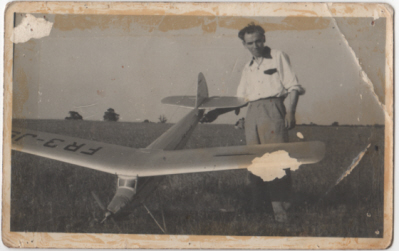 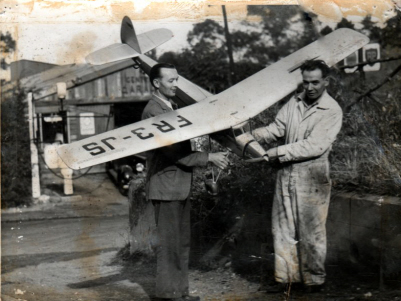